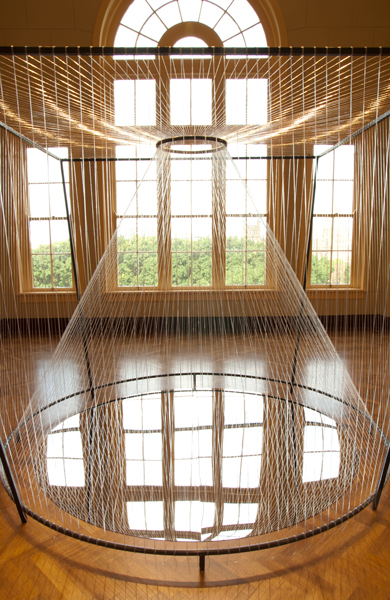 Sculpture By the Sea on Seven

We are thrilled to have been involved in the 2012 Sculpture by the Sea exhibition.  Artist Greer Taylor, a finalist at the 2012 exhibition, commissioned Australian Plastic Fabricators to cut and produce the mirrored acrylic disc at the base of the installation.

In January this year, Sculpture by the Sea, partnered with David Jones to hold an exhibition of works by artists who exhibited at Sculpture by the Sea, and Greer’s installation was moved to its new home in Elizabeth Street, Sydney. Having been subjected to inevitable weathering in its previous position on the Bondi rocks, Greer asked APF to cut and produce a new mirrored disc for the sculpture to restore it to its former glory.  The exhibition was held in the newly renovated venue: ‘On Seven’ in the David Jones Elizabeth Street store.

Artist Greer Taylor was really happy with our speedy turn-around, saying, “Thanks for getting those mirrors done so quickly – it really made such a difference to the work!”

The web design industry has been undergoing tremendous changes to meeteo the demand of users all over to have more access to content. Between phones, tablets.